The AT originally ran right through Monson, Maine, fueling its economy, but when the trail was moved and things threatened to change, the community established itself as a hiker haven. 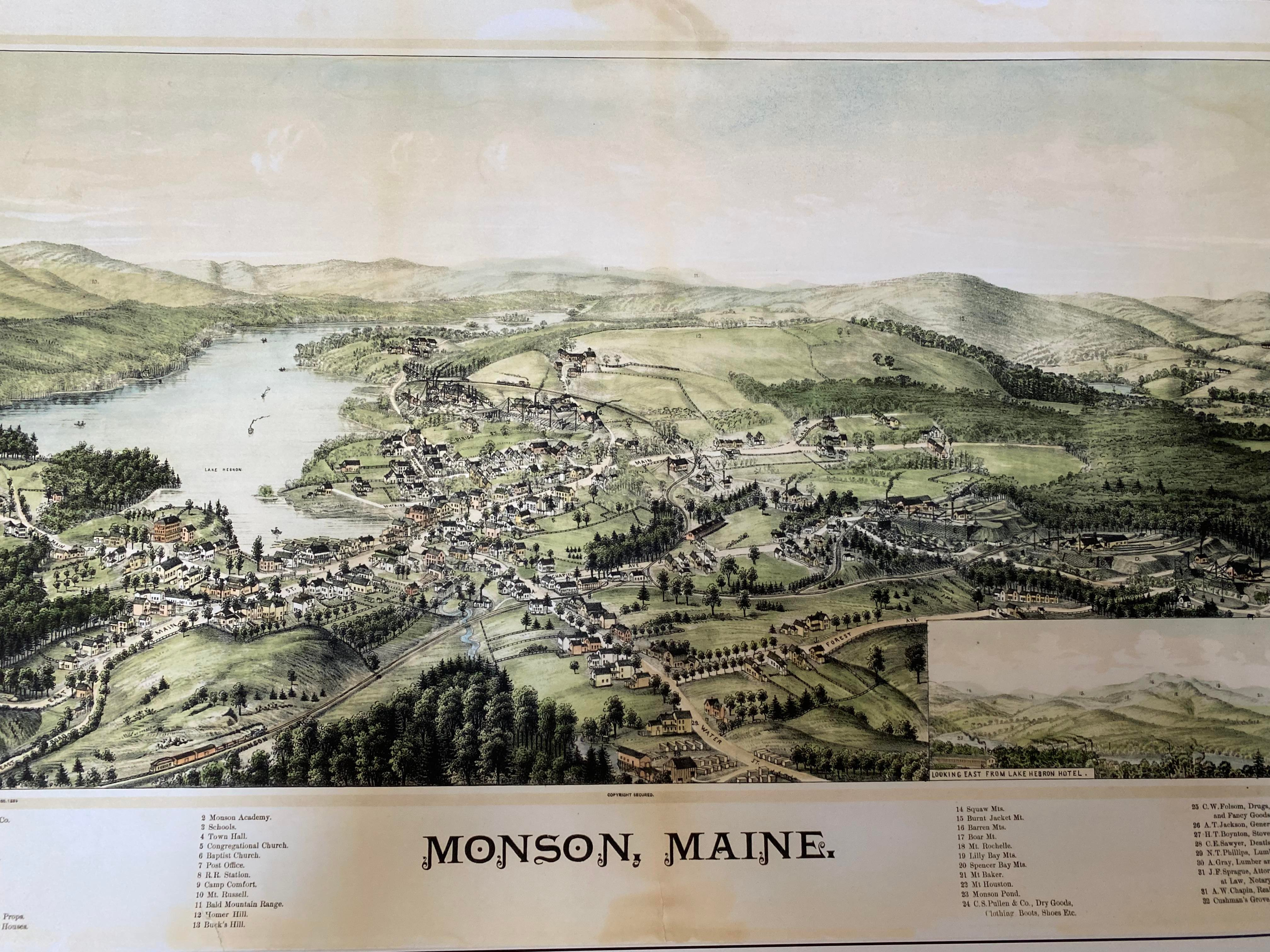 KELLY: Welcome to The Green Tunnel, a podcast on the history of the Appalachian Trail. My name is Mills Kelly and I’m your host.

KELLY: In between our main episodes we’re bringing you a series of shorter episodes on iconic locations up and down the Appalachian Trail. We’ve visited locations all over the trail, and today we’re going wayyy up north to Monson, Maine, the southern gateway to the legendary 100 Mile Wilderness. Which as the name suggests is a 100 mile stretch of the AT without access to any services. If you’re headed north, once you make it through the 100 Mile Wilderness, you reach Baxter State Park, home to Mount Katahdin and the trail’s northern terminus.

KELLY: Before the Appalachian Trail arrived in Monson in the 1930s, the town was known for two things – slate and furniture. To get a better sense for the relationship between the trail and Monson, our producer Bridget Bukovich sat down with several members of the Monson Historical Society.  Dawn MacPherson is the former owner of Shaw’s Hiker Hostel in town.

DAWN MACPHERSON:  Nobody knows Monson unless they know Monson, Maine slate,  Moosehead manufacturing, which was a great line of furniture, but it's been gone now for many, many years. And the trail, that was it, and the trail is constant.

KELLY: If you grew up in Monson, the AT is just part of the fabric of your life. According to Glenn Poole…

GLENN POOLE: I hiked the Appalachian Trail, part of it, every day because you had to just to get to school. [laughter erupts]

MACPHERSON: We all did! [more laughter]

KELLY: Until the 1970s, hikers were more of a novelty in Monson than they are today.

MACPHERSON: When we were kids if there were 12 hikers to town in a summer it was a lot and everybody was all a twitter when they came in because they were from away some of them far far away. And they’d all made it from Georgia. If they came to Monson they've walked the whole trail so from the beginning they were all here and that would be the topic of conversation for the week was so and so was in on the Appalachian Trail.

MACPHERSON: A big to do when it changed. Because the trail took the new right of way by eminent domain. And a lot of people around here had hunting cabins and other things in there that were affected. And that is the only time in my knowledge I remember the town of Monson being and being upset with the ATC. It also didn't seem to make sense to any of us why you wouldn't come through the town of Monson. And I mean, really, you have to stop here, you're not going to bypass Monson and get to Katahdin.

KELLY: And hikers definitely do not bypass Monson. According to Dick Marshall…

DICK MARSHALL: It's still considered the most often skipped three miles on the Appalachian Trail from where this sign used to stand to route 15 where it crosses up there to go into the 100 Mile Wilderness. They typically come down and do the blue blaze and come in, right into town.

KELLY: Since 2000 the number of hikers has grown and grown. And since so many of them skip those three miles of the AT and come into Monson, local businesses plan their year around the hikers’ arrival. There are hostels, more food options, and just recently the ATC opened a visitors center in town. These days, Monson's economy is really driven by the presence of AT hikers.

POOLE: I don't think you can have that many people come to town not affect the economy.

KELLY: And the hikers need Monson. If they’re headed north, it’s the last place they can resupply before heading into the 100 Mile Wilderness. And if they’re headed south from Mount Katahdin, Monson is their first chance to resupply and rest after the challenge of the Wilderness. When you think about it, it’s pretty much a perfect arrangement. One where everybody wins.

BRIDGET BUKOVICH: Thanks for listening to today’s episode of The Green Tunnel. We really appreciate that a lot of you have been sharing our show on social media. If you have already done that, we would love it if you could review the show wherever you listen to podcasts.

BUKOVICH: The Green Tunnel is a production of R2 Studios at the Roy Rosenzweig Center for History and New Media. Today’s episode was produced by me, Bridget Bukovich. Jeanette Patrick is our executive producer and she also did the audio production for this episode.

BUKOVICH: A special thanks to the members of the Monson Historical Society–Glenn Poole, Estella Bennett, Dawn MacPherson, Dick Marshall, and Wayne Bennett–for sharing their personal stories, about what makes Monson, and its connection to the Appalachian Trail, so special.

BUKOVICH: Thanks also to Acadian musician Robert Sylvain. You’re listen to his song Farwell to Childhood now. It is from the album Mémère and Me produced by Acadia Recording Company. A link to the entire album is in the shownotes at R2Studios.org.

BUKOVICH: That’s it for today. Our next episode will be out shortly. Thanks for listening and we’ll see you again soon!

The Monson Historical Society is a volunteer organization focused on the preservation and research of the rich history of the Town of Monson, Maine. The Monson Historical Society and Monson Museum is located next to the Monson Appalachian Trail Visitor Center. For this episode, we spoke with MHS President Glenn Poole, MHS Secretary Estella Bennett, MHS Member and former owner of Shaw's Hiker Hostel Dawn MacPherson, and MHS Directors Dick Marshall and Wayne Bennett.