Today we’re taking you to the highest peak in Massachusetts, Mount Greylock which despite being very far from an ocean has an iconic lighthouse.

Today we’re taking you to the highest peak in Massachusetts, Mount Greylock which despite being very far from an ocean has an iconic lighthouse. 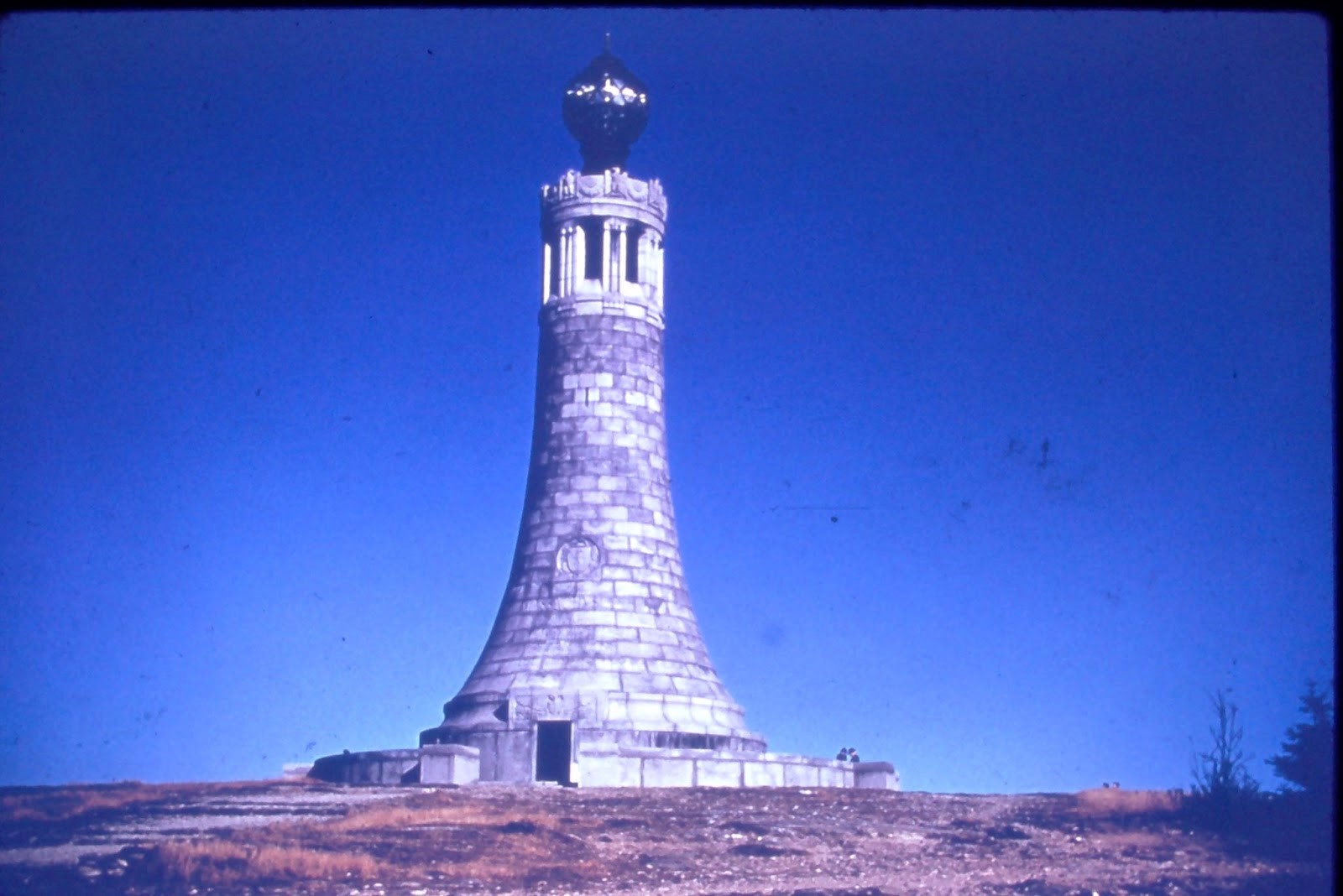 Gail Burns, “Mount Greylock: A History, How-to and Fun Facts About the Highest Peak in Massachusetts, Rural Intelligence, May 30, 2022: https://ruralintelligence.com/road-trips/mount-greylock-a-history-how-to-and-fun-facts-about-the-highest-peak-in-massachusetts

MILLS KELLY: Imagine for a minute that you’re hiking north on the Appalachian Trail in Western Massachusetts. You meant to leave earlier in the day, but you didn’t. And now it’s getting dark. You round a bend in the trail and off in the distance, far above you, you see a light.

KELLY: A glowing orb that seems to be floating just beneath the clouds. No. It’s not the moon. And it’s not an alien invasion. That glowing orb is the beacon atop Mount Greylock. And like a lighthouse, it’s calling you into safe harbor for the night.

KELLY: Welcome to The Green Tunnel, a podcast on the history of the Appalachian Trail. My name is Mills Kelly and I’m your host.

KELLY: In Season One we introduced our listeners to several of the iconic locations along the AT, places like the summit of Mount Washington in New Hampshire, the Lemon Squeezer in New York, and McAfee Knob in Virginia. Today we’re taking you to the highest peak in Massachusetts, Mount Greylock.

KELLY: To learn more about this mountain and its lighthouse, which is a very long way from any ocean, we spoke with someone who first hiked on Mount Greylock more than 50 years ago.

COSMO CATALANO: I'm Cosmo Catalano, I have been a volunteer on the Appalachian Trail since about 1999. I've had a number of positions in my club over those years. Most recently, I'm the volunteer coordinator and the project manager for our weekly crew projects. And I also serve as the group outreach coordinator, which tries to manage groups that are using the trail camps and whatnot.

KELLY: As Cosmo explained to me, if you’re hiking northbound on the AT, Mount Greylock is your landmark for the much more difficult route to come.

CATALANO: It is the highest mountain that you're going to hike northbound since the Shenandoahs. It's almost 3600 feet. It's the doormat to the doorstep of Vermont is to the whites

KELLY: No one knows, for sure, how Mount Greylock got its name, but there is a prevailing theory. Or at least one that gets repeated most often.

CATALANO: In theory, it was named after tribal chief, an indigenous tribal chief whose anglicized name was gray lock as in gray hair. It's not, there's not a lot of good attribution for that.

KELLY: But what makes Mount Greylock stand out is the 93-foot-tall tower on the summit.

CATALANO: The War Memorial Tower, which is essentially a lighthouse. It's a kind of slender tapering round obelisk, I guess you call it, it's hollow on the inside. There's a staircase that goes up to the top. The base is a memorial for people who were in the Armed Services who died in service. It's been recently renovated. It's simply gorgeous in the bottom is very federal style. It's very attractive. But I think a lot of people just want to get up the stairs to the top. The top is essentially a glass ball with a walkway around the inside. So you can see 360 degrees from up there.

KELLY: On a clear night the beacon is visible up to 70 miles away. For sure there’s nothing else on the Appalachian Trail quite like it.

CATALANO: There's a 1930ish CCC built lodge on the summit that has private rooms as well as a bunk room for AT hikers.

KELLY: Those private rooms are pretty pricey, especially in leaf-peeping season, but Cosmo says the food in the lodge is pretty great.

KELLY: And then there’s the structure you can’t see. Or at least I can’t see it. In fact, it’s likely that no one listening to our show today can see it either.

CATALANO: The folks who are into Harry Potter there's apparently a Hogwarts Academy up there that no one can see except certain people.

KELLY: Certain people, as in witches and wizards, can see the Ilvermorny School of Witchcraft and Wizardry, the American counterpart to Hogwarts. Or so I’m told…

KELLY: No matter whether you’re hiking north or south on the AT you can see the beacon atop the mountain from a long way off. And so if you do start your hike later than you intended, there will always be a light atop Mount Greylock calling you home.

KELLY: Lots of you have been sharing our show on your social media and we really appreciate it.  And there’s another way you can help. At R2 Studios every podcast we produce is free and always will be free. We don’t have premium versions you pay for, and we don’t have special clubs you join for a fee. But producing our shows does cost money. If you’d like to help us continue to produce shows like The Green Tunnel, please go to our website, R2Studios.org and click on the “Support Us” link. We’d really appreciate a donation of any amount.

KELLY: The Green Tunnel is a production of R2 Studios at the Roy Rosenzweig Center for History and New Media. Today’s episode was produced by me. Jeanette Patrick is our executive producer, and she also did the audio production for this episode.

KELLY: A special thanks to Cosmo Catalano for sharing his knowledge of Mount Greylock with us. And don’t forget to check out our show notes on the website where you can see some photos of the mountain.

KELLY: That’s it for today. Our next full-length episode will be out shortly. Thanks for listening and we’ll see you again soon!